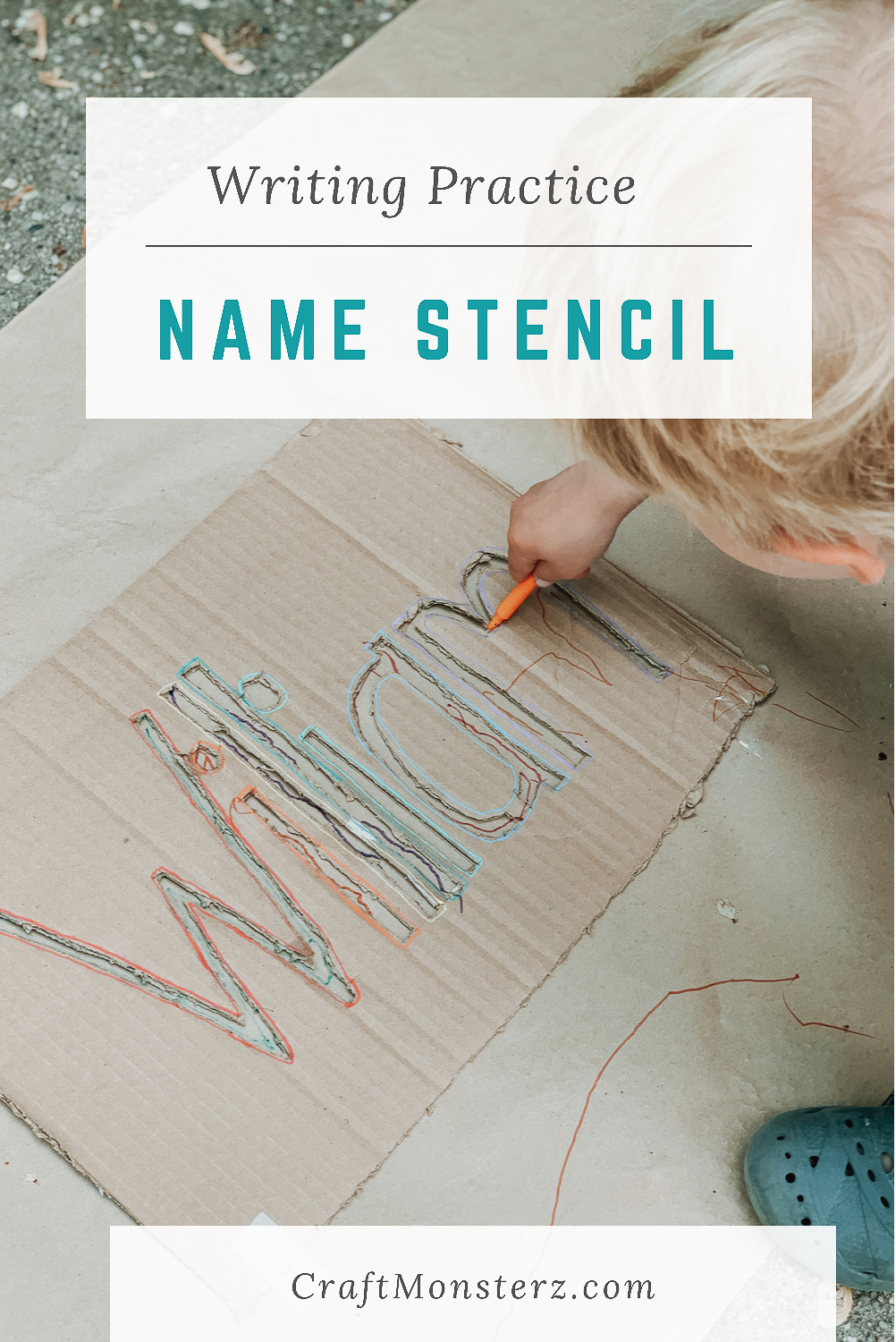 We have been spending as much time as possible outside lately. I’m pretty sure my one year old would live outside if he could. Because of this, we have been finding fun ways to bring learning outside. This name stencil activity is a fun way to work on identifying letters in your kid’s name and also practice writing letters. 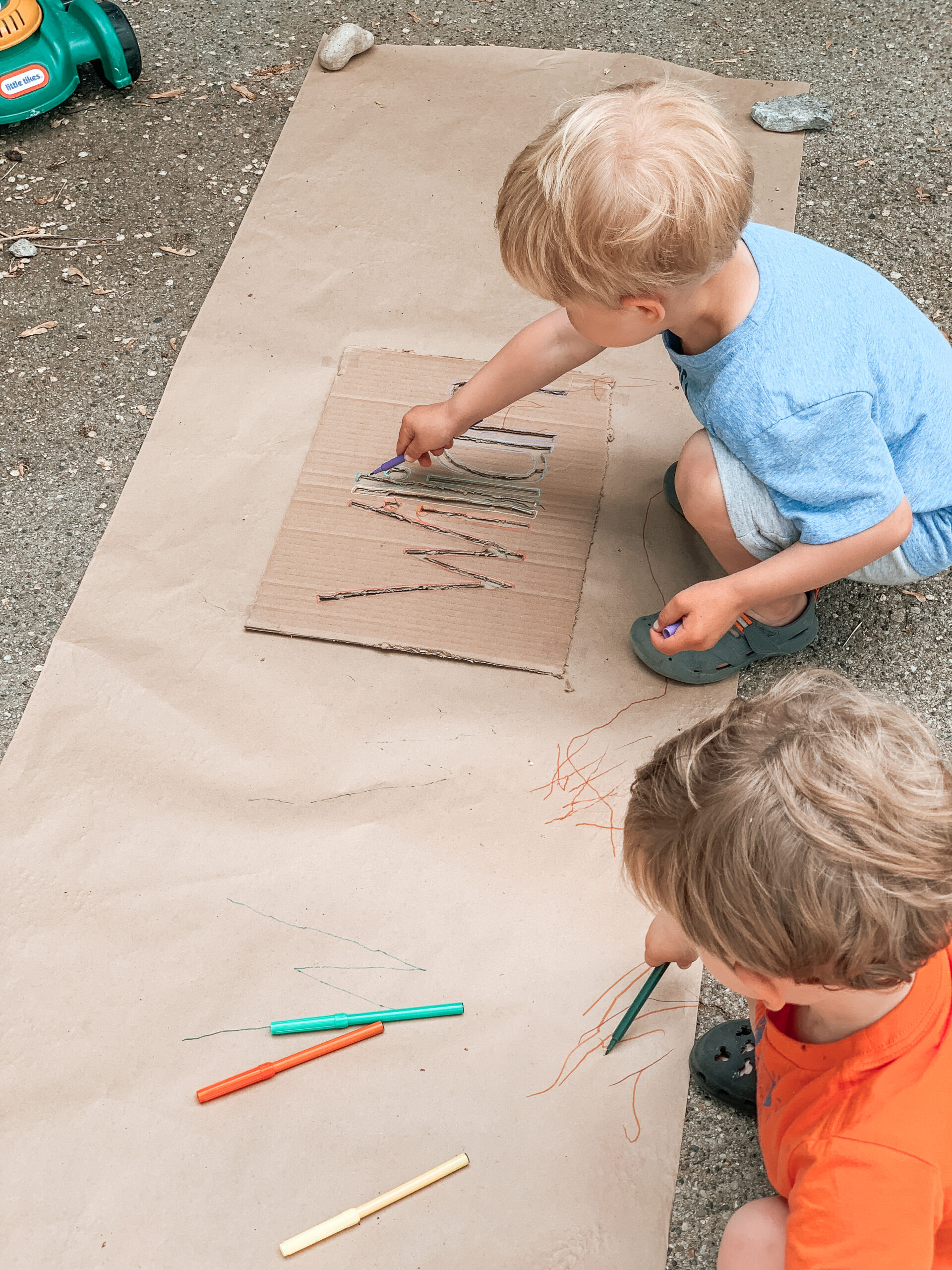 How I Made This Name Stencil

First, I drew out the letters of my son’s name with a pen. 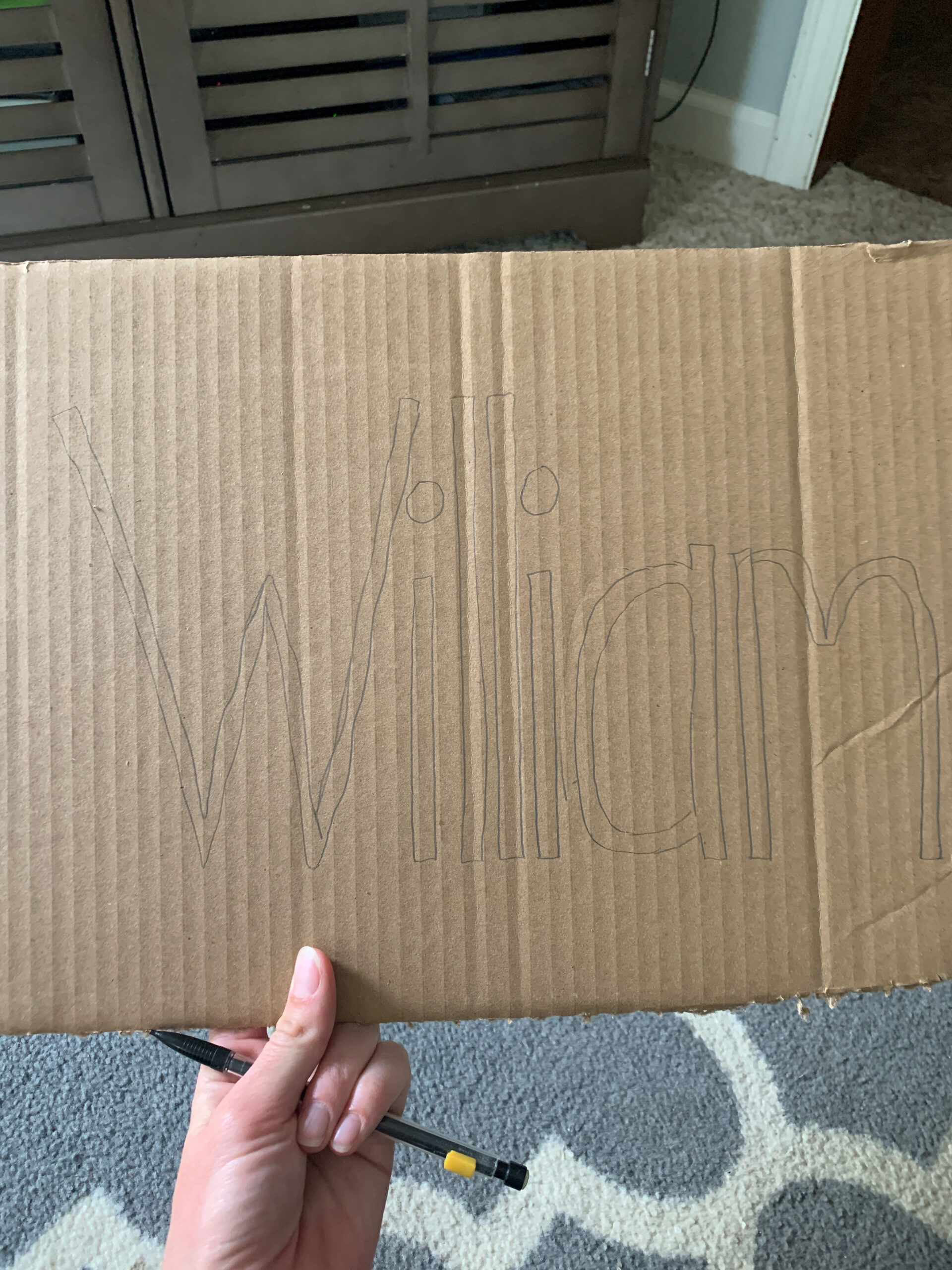 Next, I used a box cutter to cut out the letters.

Then, I traced the letters with markers to make the activity more inviting. 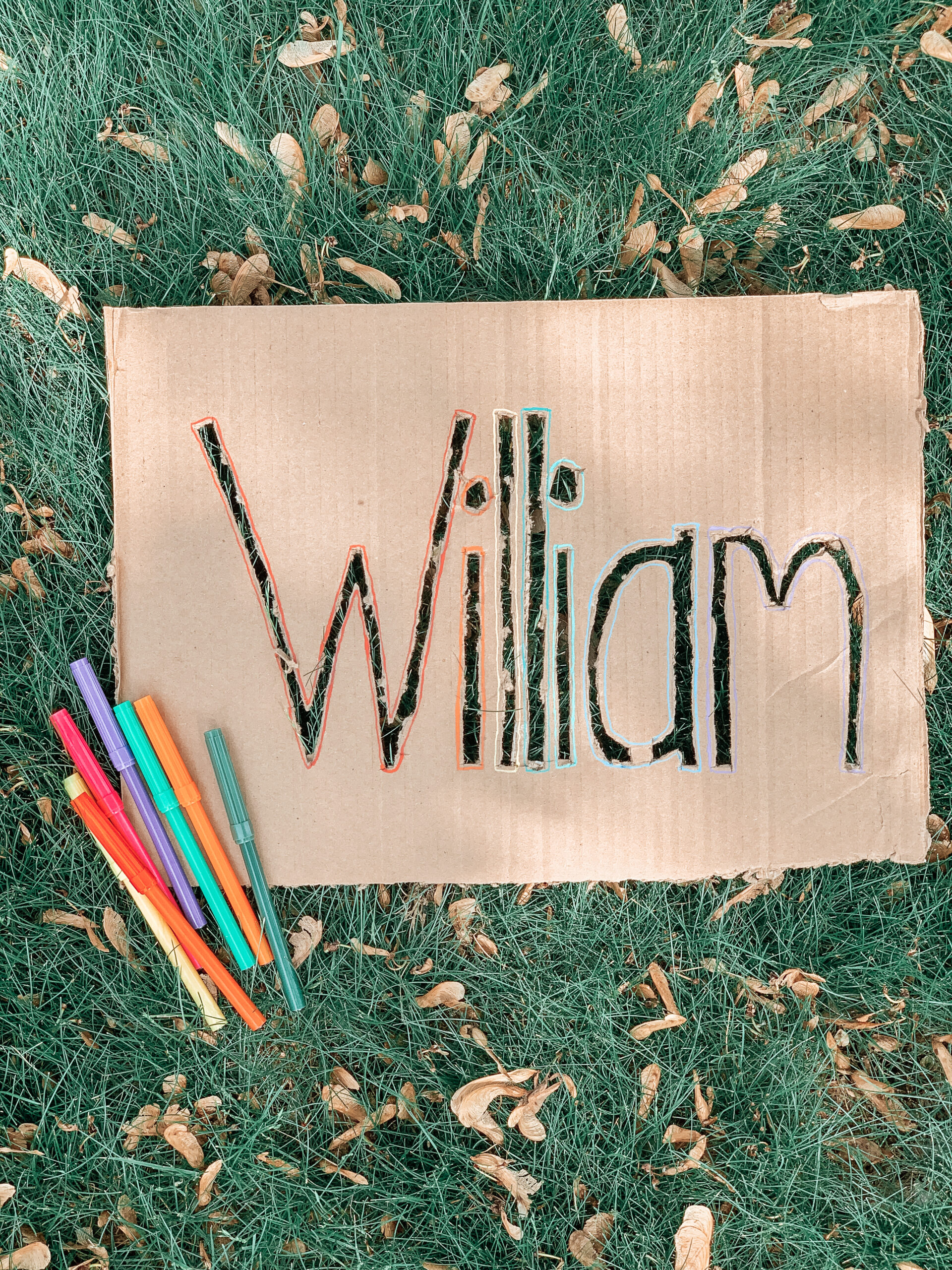 To play, I first rolled out a long piece of craft paper outside. I then taped the stencil to the paper to keep it from moving. Finally, I gave my son markers to use with the stencil to write his name. 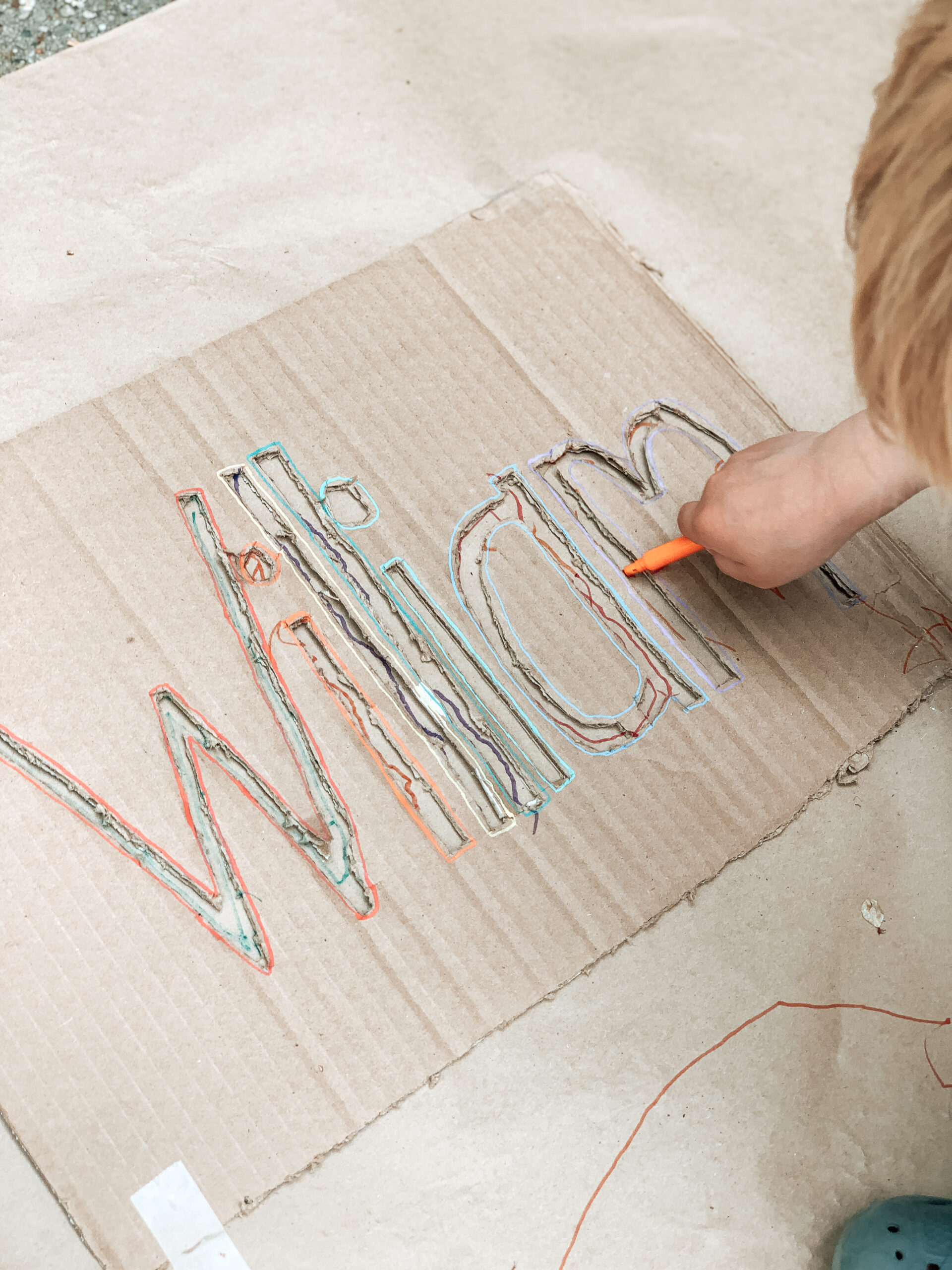 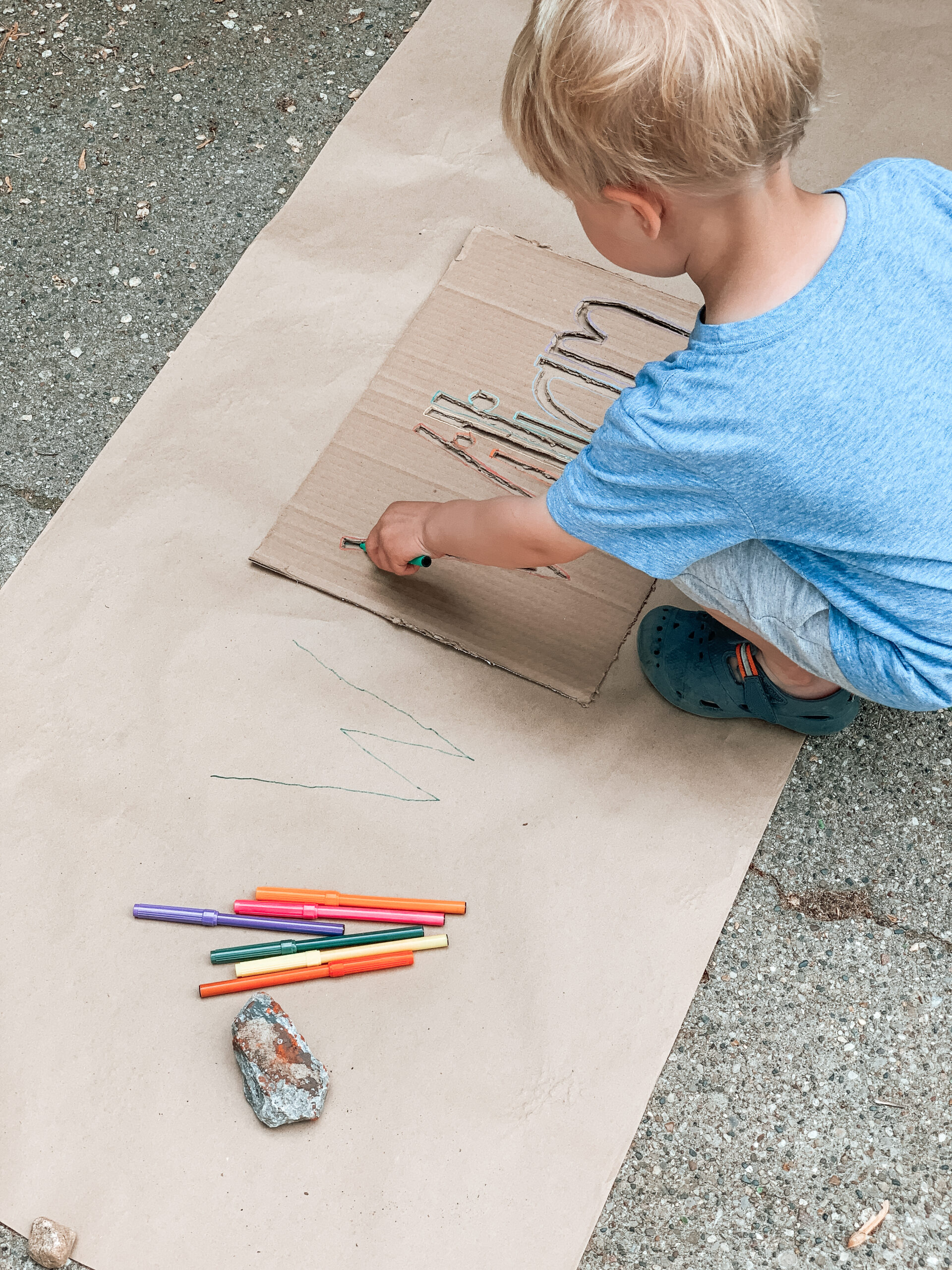 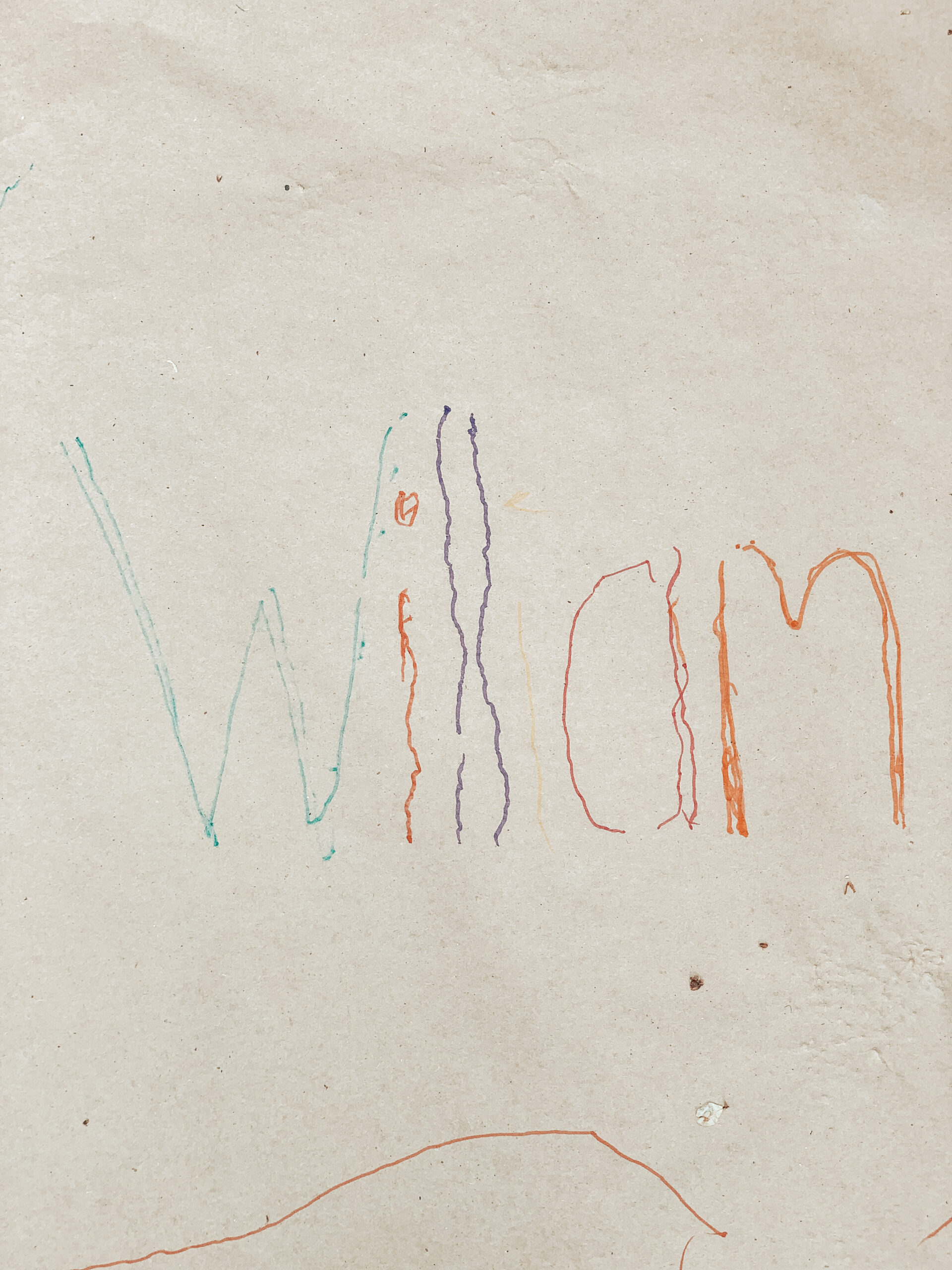 This is a great idea. You could do this with sight words too with older kids. I love how big the stencil is.

This is so creative. I will do it with my son!

Such a nice way to teach kids how to write their names.
I will try to make this for my son, thank you!

Such a nice way to help kids with their writing and sight words.

Love this idea! I need to make these for my almost 3 year old! She is so excited to start school and learn!

This is a great idea! I’m going to share it on my educational page on Facebook “Love Play Learn” Thanks for sharing!

This is another great activity to keep my toddlers busy. We also love spending time outside but mostly to play.

This is another great activity to keep my toddlers busy. I like that it’s also easy to do.

This could be a great idea for teaching my toddler the letters of his name. I got so many unused boxes and I now have something to do with them.

This is perfect! I’ll definitely be doing this with my daughter.

What a fun way for kids to work on their names. Love this idea – so creative!